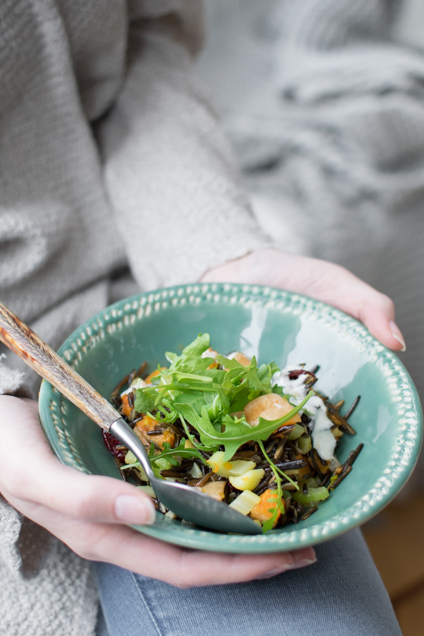 Happy Healthy New Year! This is our amazing ‘Indian Salad’, made with ingredients that were available to North American Indians centuries ago. Health food long before it became trendy! I invented this recipe five years ago, when I lived in the States and my youngest daughter Flo had to bring a dish to school that could have been prepared by the native American Indians before the European settlers entered the scene. Today we share it with you because it’s a good and healthy dish to kick off the New Year. 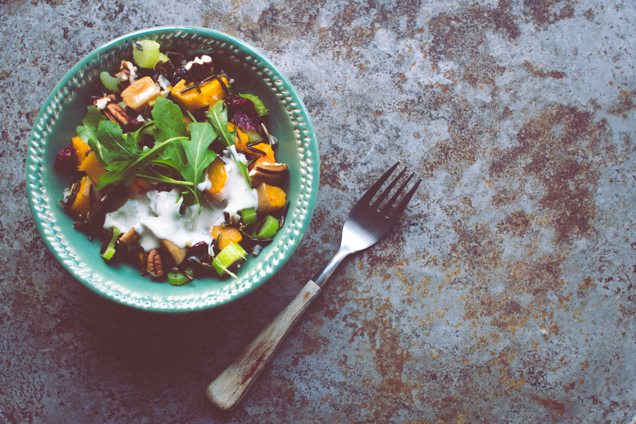 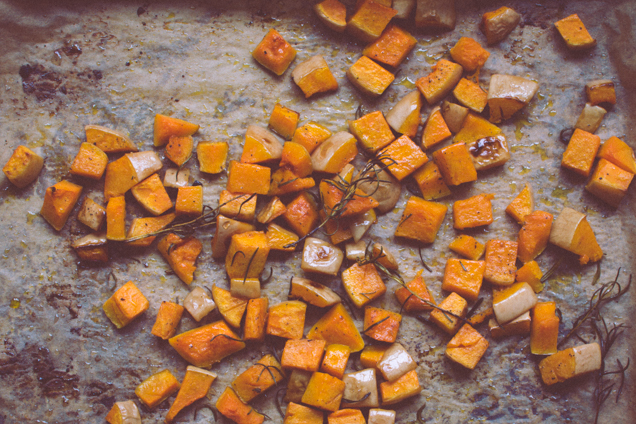 Indians didn’t cook with salt, but used maple syrup – or chili peppers in the South – to season their food. They were not acquainted with the use of dairy either. They ate corn, beans, squash, nuts, blueberries, and of course meat and fish. They also ate wild rice, which is actually not rice but the seed grain of a species of grass. Wild rice is native to North America and grows in shallow water and in small lakes. The Indians harvested the rice in their canoes. It was dried and ground into flour or the rice was eaten warm with berries, nuts, meat or fish. 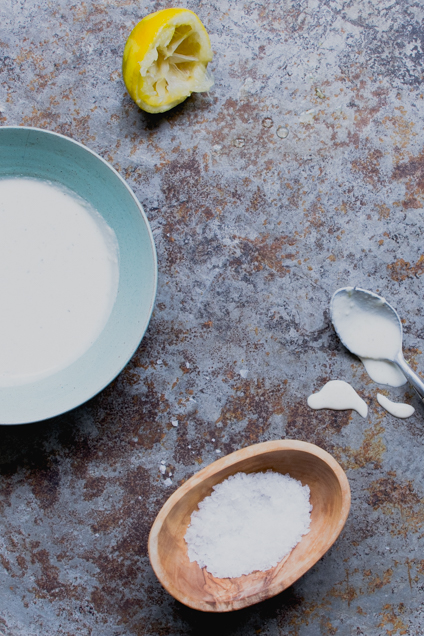 For school we prepared a wild rice salad with roasted squash, dried blueberries, and chili pepper. Five years have past, we moved back to the Netherlands, but our Indian Salad has survived. I never prepare it exactly in the same way: this one is very 2016, with ingredients that the Indians would not have used at all, like ginger, tahini, and yoghurt. It makes for a good lunch, but is also nice with roast chicken.

1. Preheat the oven tot 400°F/200°C. Place the rice in a saucepan with 2 cups of cold water, cover and bring to a boil. Lower the heat and simmer for about 30-40 minutes; the rice should be chewy and some grains will have burst open. Drain and spread onto a plate to cool.

2. Meanwhile cut the squash in cubes with the skin left on. Place the squash in a single layer on a baking tray covered with parchment paper and sprinkle over 1 tbsp olive oil, season with salt and pepper. Rub the oil all over the squash; make sure the cubes are all well covered. Lay the sprigs of rosemary in between the squash and roast for about 20 minutes until the squash is soft and has some dark brown spots.

3. Make the tahini dressing, in a bowl mix the tahini with 2 tbsp of lukewarm water until it’s smooth. Mix in the rest of the ingredients and season with salt and pepper.

4. Remove the squash from the oven and put on a plate. Heat 1 tbsp olive oil in a large skillet and cook the onion and garlic for 2 minutes. Add the celery, ginger, and red pepper flakes and cook for 1-2 minutes more. Add the rice and roasted squash and cook for 2 more minutes. Season with lemon juice, salt and pepper. If you like, you can mix in the cranberries and pecans now. Leave to cool a little and add the arugula. Serve with the tahini dressing.

January 4, 2016 by Tal Maes | 2 Comments
Sign up for our KitchenTableFood Newsletter