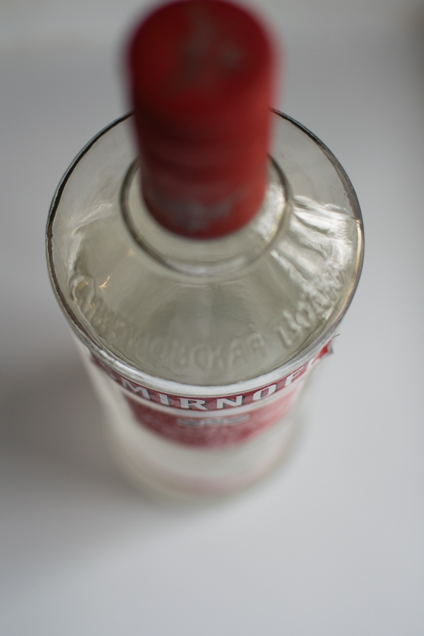 Some say it originated in NY, others say that this pasta dish with creamy vodka sauce is just another pasta from Italy. Well, whatever, fact is that this pasta is extremely popular in the States, far more popular than in my home country the Netherlands. We don’t sell ready made jars of vodka sauce in our grocery stores, for example. In its most basic form it is pasta with tomato sauce, cream, and vodka. Of course, there are hundreds of variations imaginable. Most of the time, I make mine with bacon (which I preferably buy at the Dupont Farmers’ Market), hot pepper flakes, and spinach. A weeknight favorite at our house! 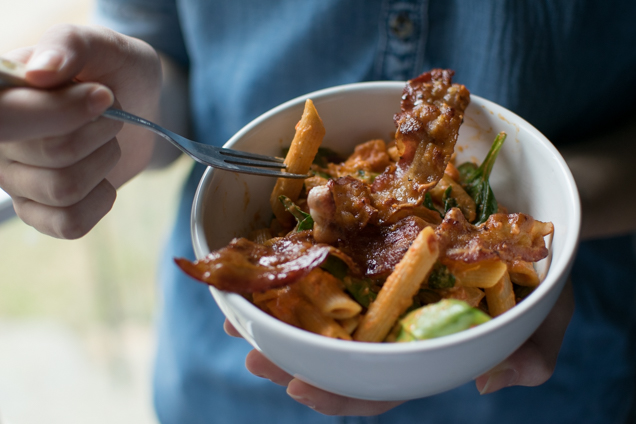 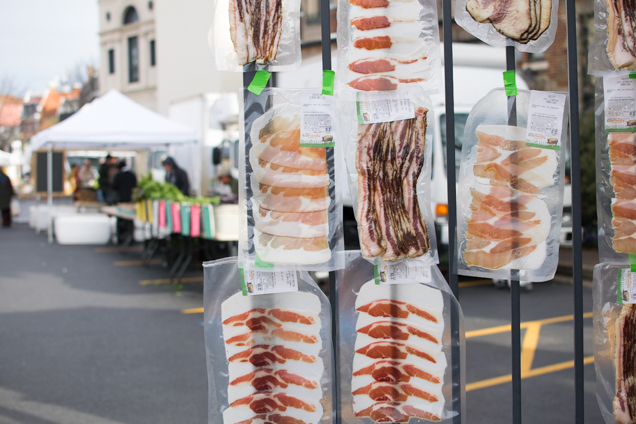 1. First make the sauce. Heat the olive oil in a large pan (big enough to add the pasta later on). Fry onion, garlic and red pepper flakes 2-3 minutes. Add the tomatoes, salt, and pepper and bring to a boil. Turn down the heat and cook for 15 minutes or until the sauce is fairly thick. Puree the sauce with a hand blender or in a blender and pour back into the pan.

2. Meanwhile cook the bacon in a dry skillet over low to moderate heat, until brown and most of the fat has melted away. Drain on paper towels; the bacon will get crisp once cooled.

3. Cook the penne according to package instructions. Drain and add to the tomato sauce. Stir in the cream, vodka, and cheese and cook briefly to let the flavors meld. Mix in the baby spinach and cook until just wilted. Season with salt and pepper if needed. Serve in bowls with the bacon on top.