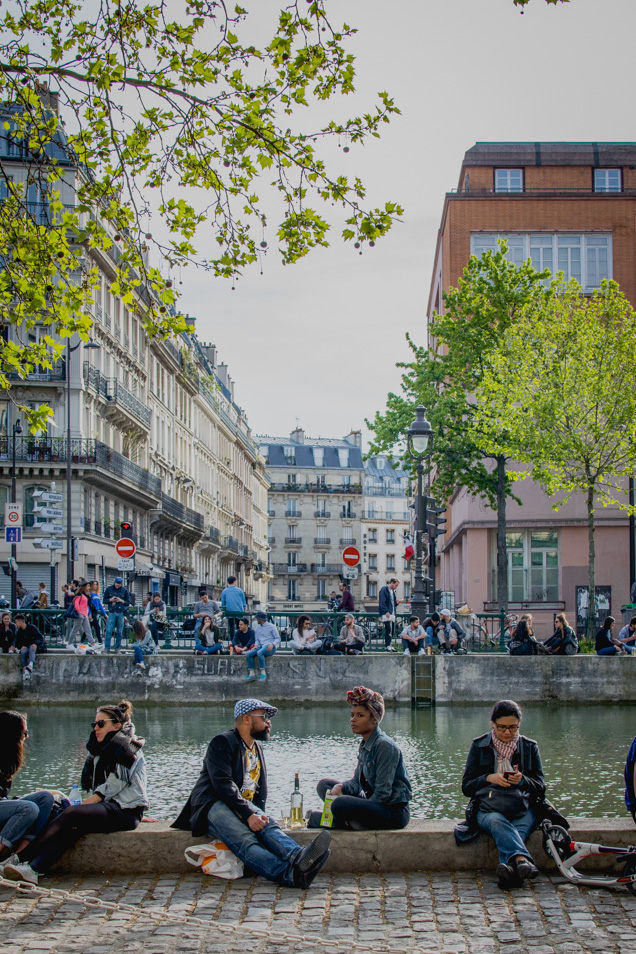 For me a drink or a snack at the end of the day is just as important as my coffee in the morning, especially when I’m in Paris. Here are 5 places where I like to drink a cocktail, have a bite, do some people watching or just see the sun disappear behind the Parisian skyline.

Canal Saint-Martin
Grab a bottle of wine, a baguette, and some French cheese or pâté and set yourself down on the quays along Canal Saint-Martin. Between young and cheerful locals, this is the perfect place for a very informal late afternoon drink and snack. After the sun has set, explore the streets and alleys around the canal: there are little restaurants and bars everywhere. 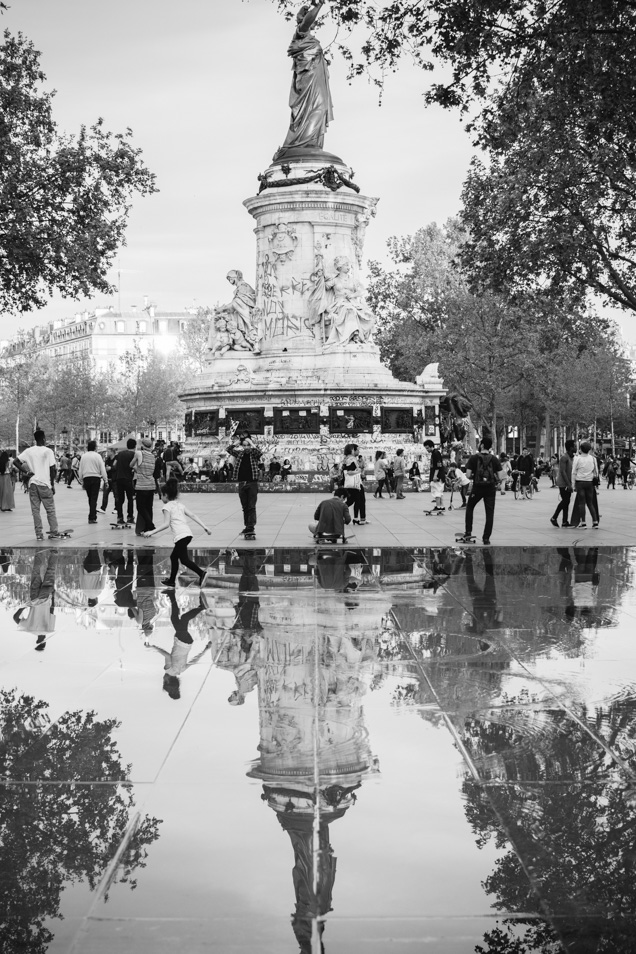 Place de la République: Café Fluctuat Nec Mergitur
Never a dull moment at Place de la République. If there isn’t a protest being held, the square is filled with skaters, strolling couples, kids, and youth hanging around at the end of the day. If you enjoy some action, the terrace of this modern bar at Place de la République is a nice place to have a beer while overlooking the square and its iconic monument. The café burned down last year but re-opened several months ago. It’ s named after the motto of Paris, which means “It is tossed by the waves but does not sink” when translated from Latin. A motto which has gained extra meaning after the November 2015 Paris attacks. 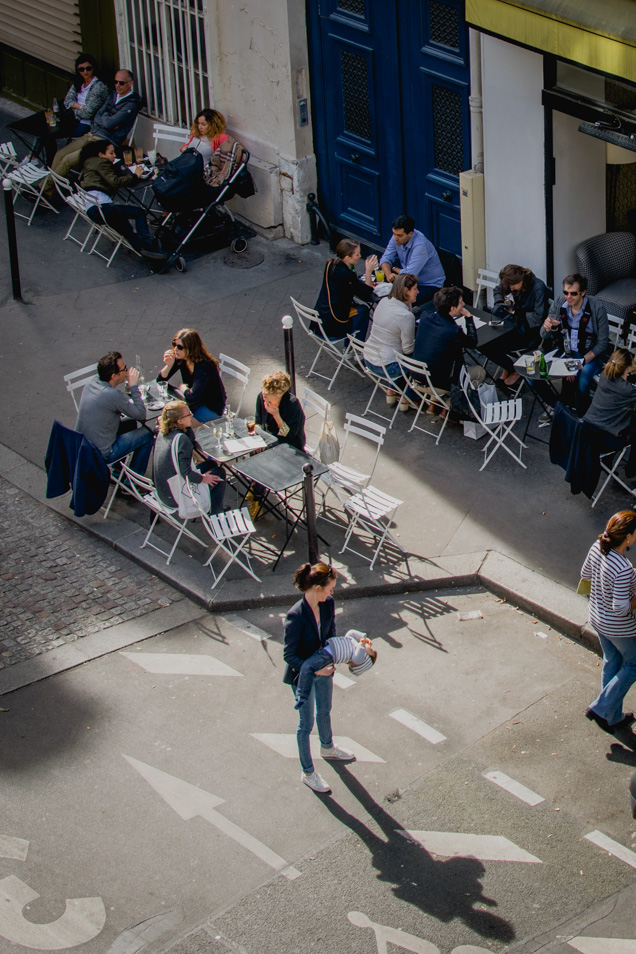 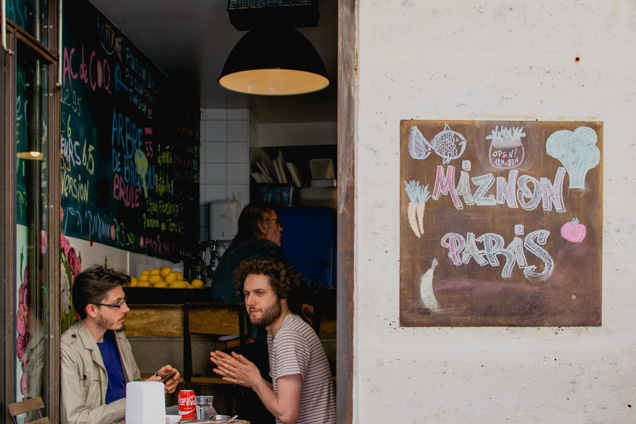 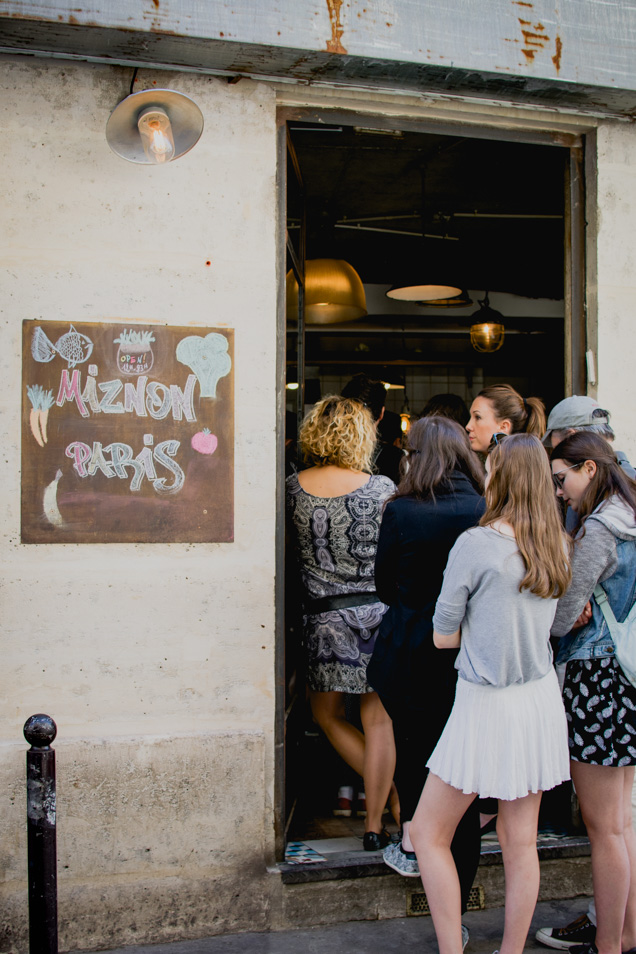 Miznon Paris
Really one of the best places for a late night snack (but also for any other moment of the day) and definitely the best place for food in the touristy Rue des Rosier area. Don’t let the line outside and packed dining room scare you away. At Miznon, the Parisian branch of famous chef Eyal Shani’s restaurant in Tel Aviv, you’ll eat one of the best pita sandwiches of your life. But even more special and delicious is his world famous roasted ‘Chou-fluer’, a charred whole cauliflower with a silky and tender inside. Make sure to be hungry when you enter the place!
22 Rue des Ecouffes (le Marais, 3rd arrondissement)

Pas de Loup
On our way to Au Passage (an adorable restaurant in the 11th arrondisement), we felt like having an apéritif and stumbled upon this tiny modern cocktail bar with a surprisingly good bar menu. Expect very well prepared cocktails, insanely good spicy popcorn, and tasteful small plates with lots of veggies.
108 rue Amelong (11th arrondisement), http://pasdeloupparis.com 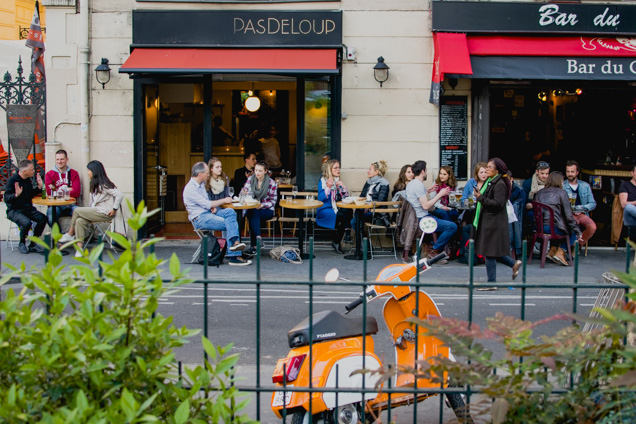 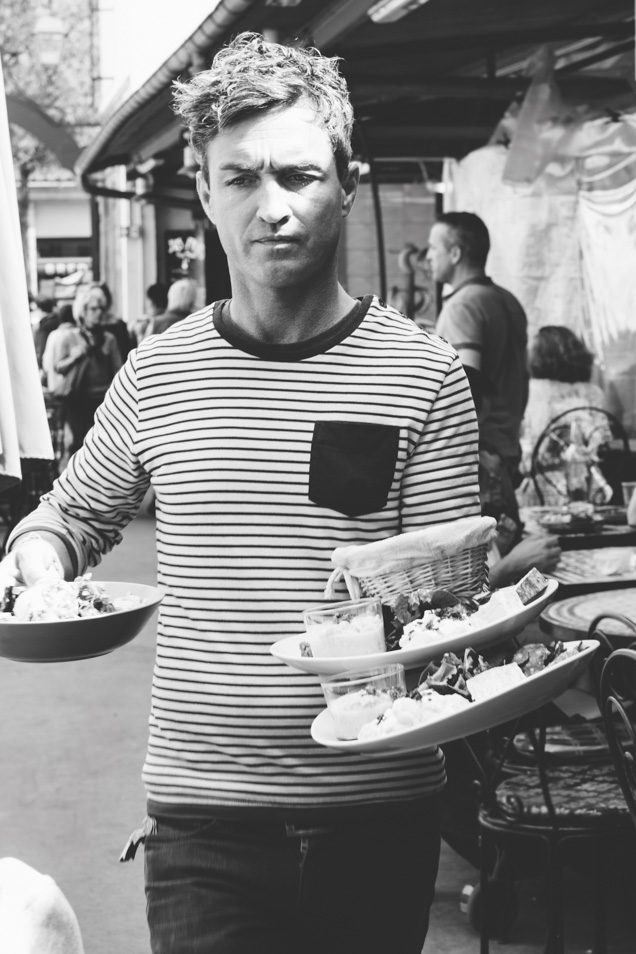 Marché des Enfants Rouge
When in Le Marais and feeling somewhat hungry at the end of the day, go to Paris’ oldest covered market: Le Marché des Enfants Rouge. You’ll enter a maze of food stalls selling dishes and snacks from all over the world. It has become kind of a touristy hotspot, so at lunch hour it’s often packed. Try to go there in the late afternoon and you’ll have a bigger chance of finding yourself a seat at one of the communal tables or bars. The market has moved with the times: there is a very populair organic food stall and a good vegetarian one.
39 rue de Bretagne (Haut Marais, 3rd arrondissement), open Tuesday-Saturday 8 am – 8.30 pm, Sunday 8.30 am – 5 pm

For you convenience we created a map (and included the addresses from our last post 11 places to start the day in Paris). Just click on the numbers or scroll down and enjoy Paris!

Where to start and end the day in Paris